Together we can deliver a new era of justice in New Orleans.

Jason needs your voice to help strengthen the call for real reform and change. 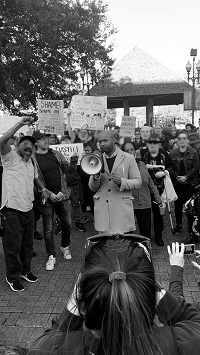 We cannot sit idly by and tacitly endorse debtor’s prisons in the city of New Orleans. For too long, court fines and fees have been talked about as mechanisms to make the public safer. We all know this not to be accurate. Access to capital – or simply put, money – has been the determining factor about who sits in jail and who doesn’t. Eradication of this user pay scheme is not only morally sound, but fiscally and operationally sound.

Criminal District Court continue to set cash bail at higher rates than necessary despite a federal judge and an appellate court finding that they have a clear conflict of interest in this user-pay system.

Take action and add your name to reform bail, fines and fees.