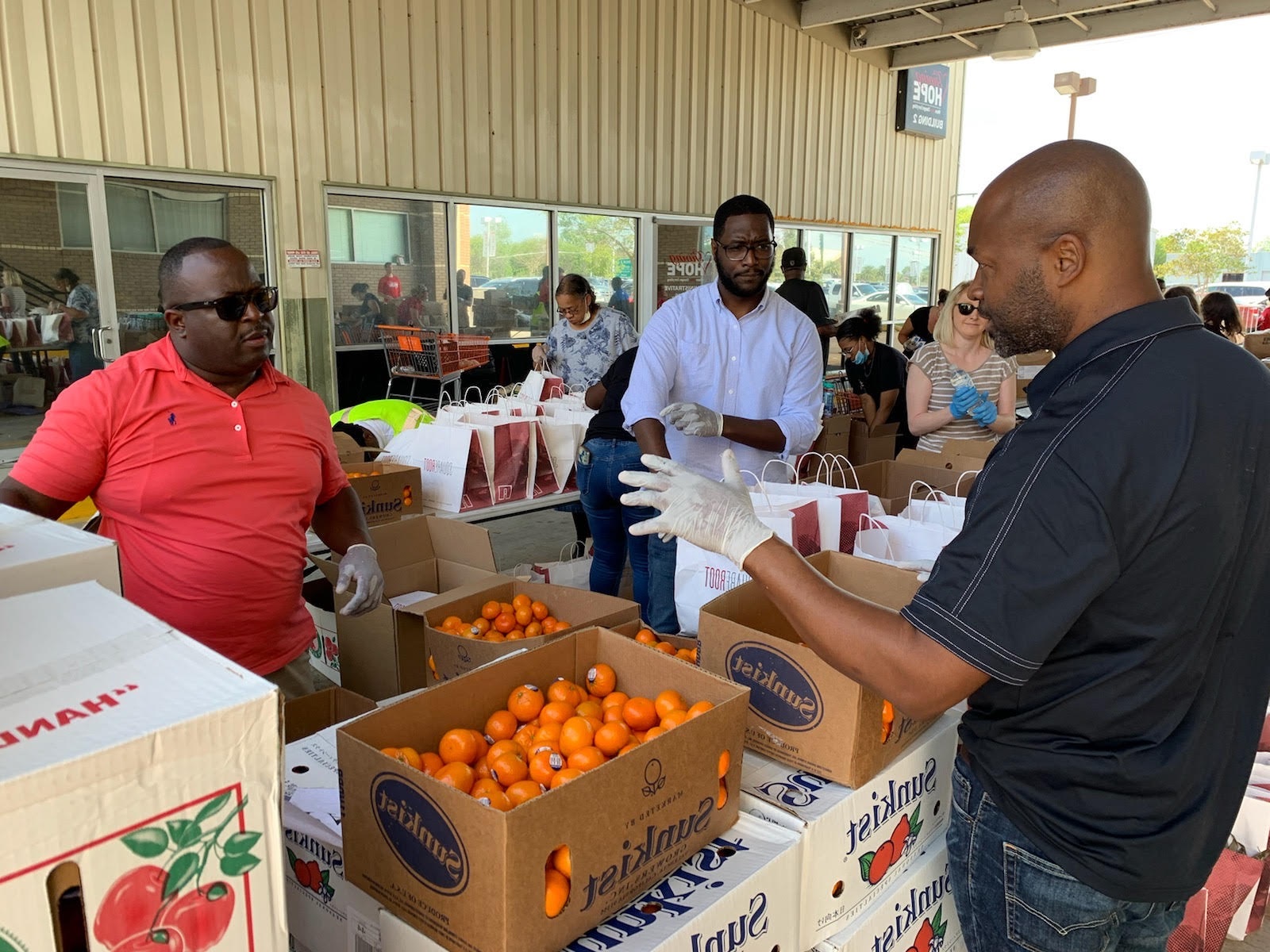 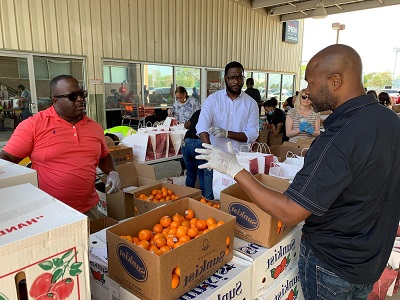 A District Attorney
For the People

Jason Williams, a native of New Orleans, brings a track record of excellence in leadership beginning with his educational accomplishments, into the courtroom as a criminal defense attorney, to his innovative leadership of the New Orleans City Council.

Read about Jason's journey below.

A District Attorney
For the People

Jason Williams, a native of New Orleans, brings a track record of excellence in leadership beginning with his educational accomplishments, into the courtroom as a criminal defense attorney, to his innovative leadership of the New Orleans City Council.

Read about Jason's journey below.

"Only when all of us have faith that we will receive justice, will we have peace and prosperity in New Orleans." 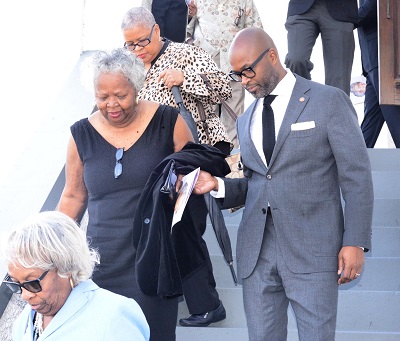 Jason Williams was born in New Orleans in 1972, to Sidney Willams, a master carpenter, and Janice Rogers, a school teacher. He spent much of his childhood in Georgia, where he went to high school at the Woodward Academy, (formerly the Georgia Military Academy). For all four years of high school, Jason was elected class president and was named “Senior Superlative: Class Leader” by his senior class. He then came back home to New Orleans to attend Tulane University in 1990, where he walked onto the football team, eventually earning a full scholarship and being awarded the Martin M. Kelly Award for leadership on and off the field. Jason was again elected class president for all four years of college. 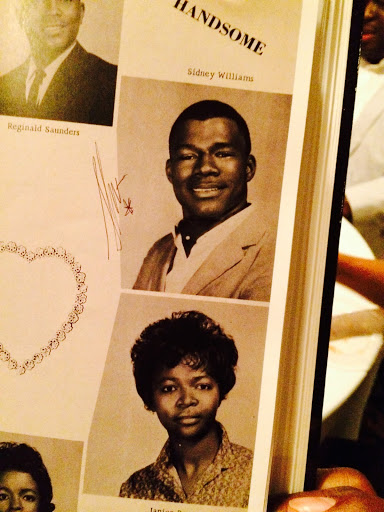 He began studying law at Tulane Law School immediately upon graduating, and again, was elected class president all three years. Jason’s oral advocacy won him a place on the Moot Court board, and as a third year law student, he took his first cases for poor criminal defendants through Tulane’s Criminal Law Clinic. Jason was inducted into the Order of the Barristers based on his three years of excellence in courtroom advocacy. 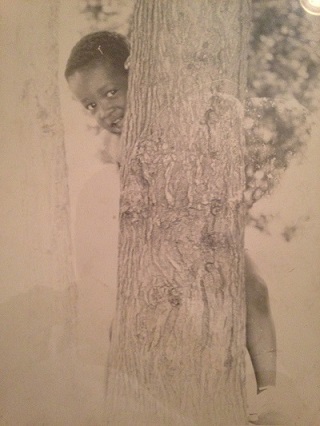 Motivated by his experiences representing indigent defendants in law school, and keenly aware of the importance of holding prosecutors to a high standard if they want to imprison people, Jason soon started his own law practice focused on criminal defense. After winning a series of high profile criminal cases, the Louisiana Supreme Court appointed Jason to serve as a judge in New Orleans’ Criminal District Court, making him the youngest district judge in the City’s history. 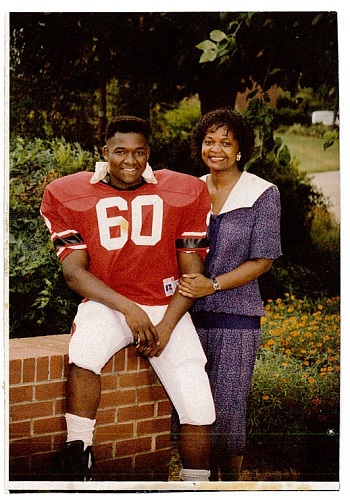 After his tenure as Judge, Williams returned to his vigorous practice handling hundreds of cases in criminal, civil, state and federal courts, and represented countless defendants, many of them at no cost to his clients at all. Year after year, Jason’s’ efforts resulted in wins for his clients, not compromises. He did not shy away from unpopular or challenging cases and his dedication and talent resulted in hundreds of not guilty verdicts, some in highly publicized trials. 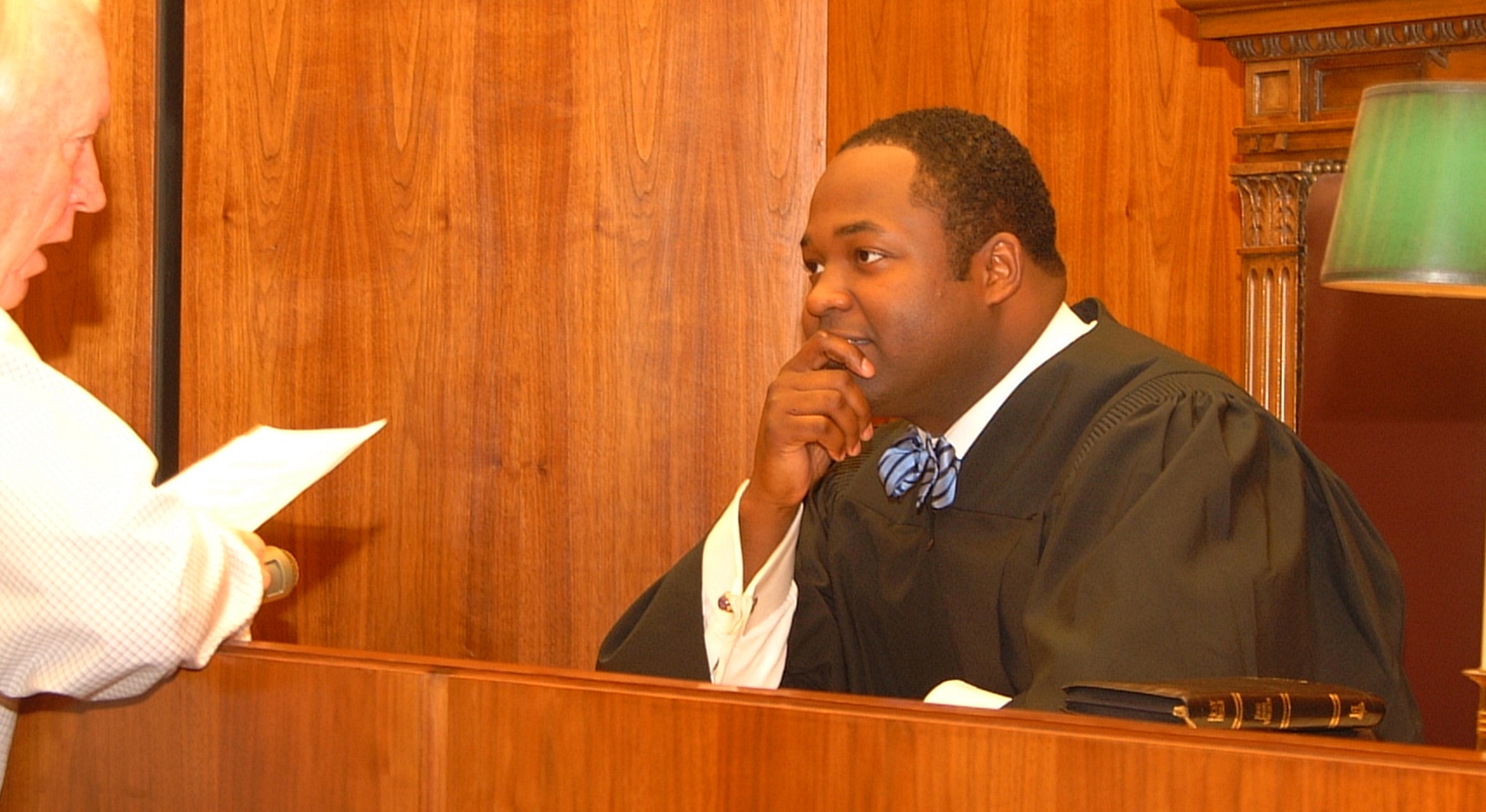 Beginning in 2002, Jason has dedicated a sizable portion of his pro bono efforts to working with Innocence Project New Orleans (IPNO), a non-profit that works to investigate and free wrongly convicted prisoners in Louisiana. His first success with IPNO was when he helped to free two wrongly convicted men—Greg Bright and Earl Truvia. In 1976, Greg and Earl were 19 and 17-years-old respectively when they were wrongly accused of a murder in the Calliope housing project. They were wrongly convicted in 1977, and then sentenced to life in prison without parole. Jason and IPNO’s work meant they were exonerated and freed in 2003 after 27 ½ years in prison. Since that first case, Jason has stayed closely involved with IPNO’s work, continuing to volunteer his time as a lawyer and serving on its board of directors for ten years. He remains an emeritus member of IPNO’s board and a committed supporter. Jason also served on the Louisiana State Indigent Defender Board’s Director Selection Committee and has worked as an adjunct Professor at Tulane Law School. 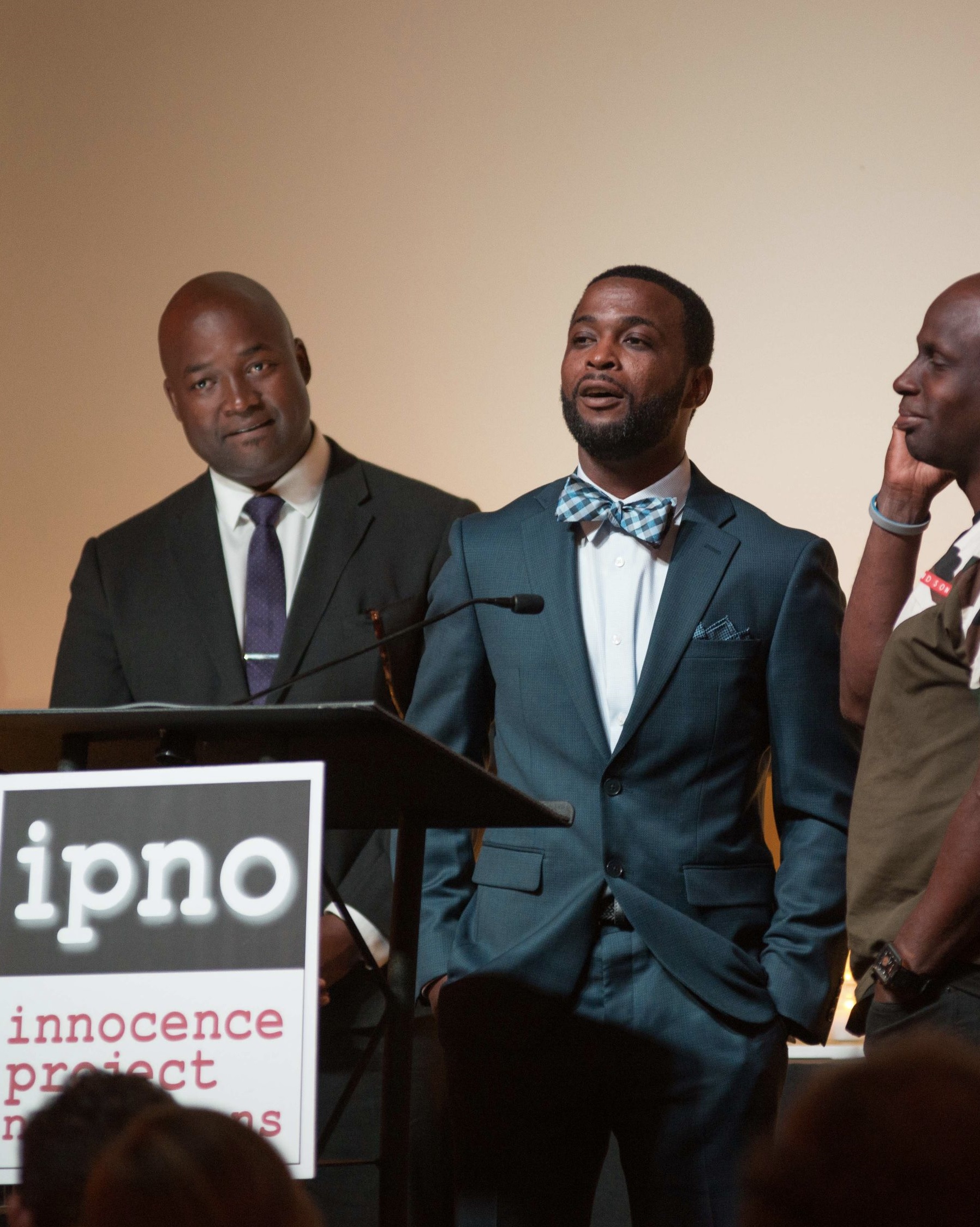 In 2008, at the age of 35, Jason ran for Orleans Parish District Attorney. He was the youngest candidate and unlike the other candidates, he had never worked for New Orleans’ longtime District Attorney, Harry Connick. Jason Williams knew New Orleans needed a break with the oppressive practices of a bye gone era. Although a political newcomer, his popularity quickly grew in communities tired of the same-old criminal justice system failing a city still recovering from the catastrophic devastation of Hurricane Katrina. Jason was a popular candidate in the small-but-growing progressive circles in the city, but he lacked the fundraising capabilities of the other two candidates, Ralph Capitelli and Leon Cannizzaro. New Orleans was not ready for Jason’s progressive ‘smart on crime’ platform and voted for Leon Cannizzaro and his ‘tough on crime’ agenda. But Jason’s 2008 run for District Attorney was not for political gain, it was because for 15 years he has sincerely believed that we need to transform New Orleans’ criminal legal system into an instrument of progress, not an instrument of oppression. So he re-focused on representing and advocating for people from our city’s marginalized communities, doubled down on his pro bono work with Innocence Project New Orleans, and considered where he could best help re-make the dysfunctional systems he saw. Jason was privileged to be in the inaugural class of the Norman C. Francis Leadership Institute, where fellows are immersed in principles of radical leadership and substantive public service from nationally-renowned coaches and professors. Jason carries one of its key lessons with him every day: striving to be an adaptive leader, open to discovering new strategies and policies in a transparent way that can yield better results rather than being tied to past practices out of habit or for the sake of tradition. 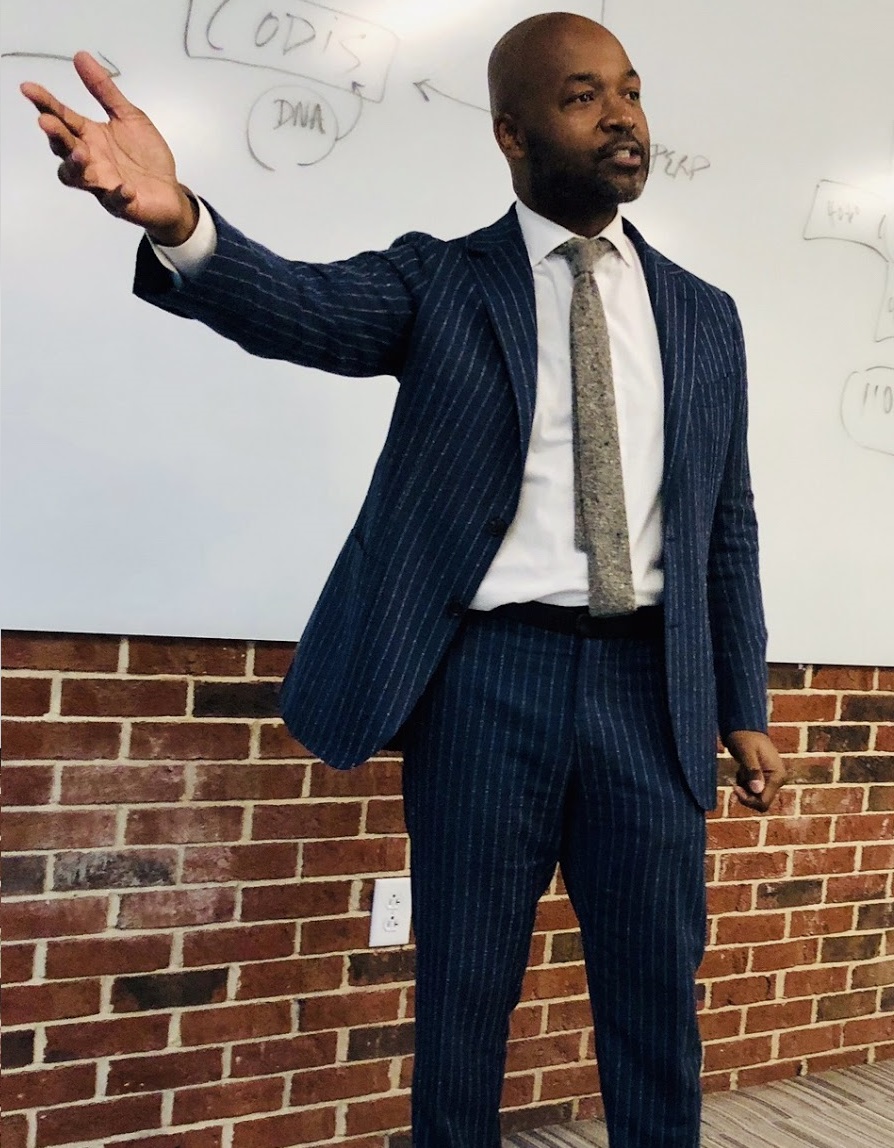 In 2014, he saw an opportunity to begin trying to make government work for the people of New Orleans and ran for City Council. Although a political novice, his substantive and progressive agenda was elected by a two-to-one margin. In 2017 he overwhelmingly secured a second term, defeating four challengers without a runoff. In his six years on the City Council, four of which he has served as its president, Jason implemented the teaching of Marty Linsky from the Norman C. Francis Leadership Institute, worked to create a host of public facing dash boards providing real time data and information to the people of New Orleans regarding neighborhood crime, jail population, money bail and traffic camera tickets. Jason also led the effort for the first time funding of early childhood education in his first term, making New Orleans the first municipality in the country to make such significant front end investments in its youth. Jason challenged President Trump's horrific immigration policies making it clear that no New Orleans agency or officer would be allowed to participate in any ICE raids or initiatives. He has also worked with his fellow members of the council to achieve municipal bail reform and decriminalized marijuana. 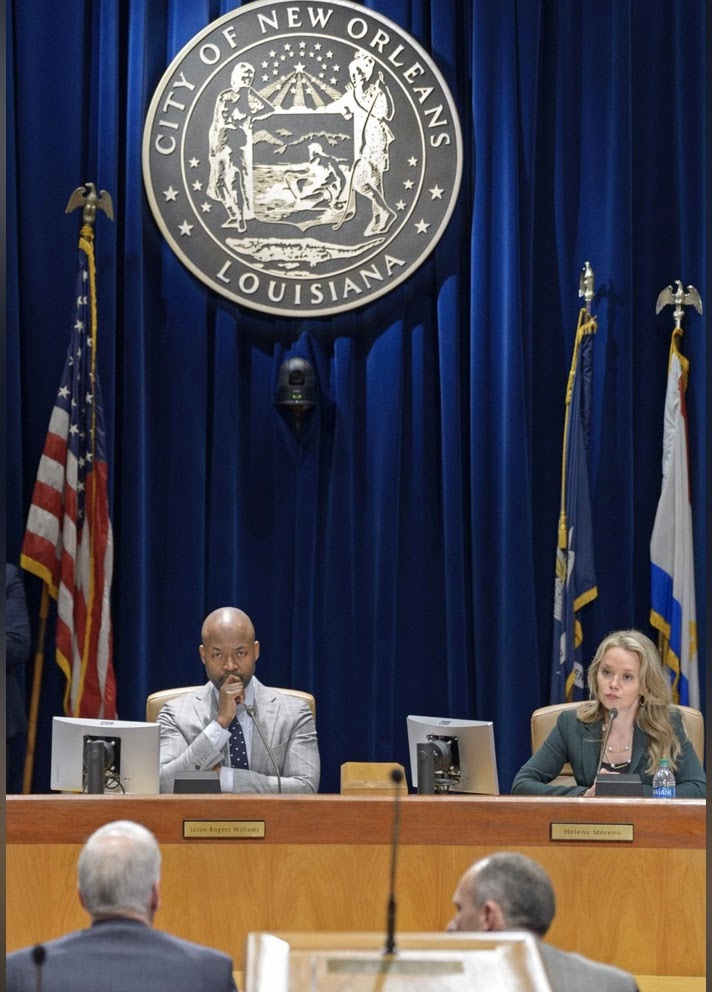 Jason is a proud and devoted father to three children: 2 year old Xavier, 14 year old Graham and 20 year old Zoe. He lives in uptown New Orleans with his wife, Dr. Liz Marcell Williams, founder and CEO of the Center for Resilience, his two young sons, and a very lazy pit bull, Ignatius.